This is only the fourth overseas market for Berkshire Hathaway HomeServices 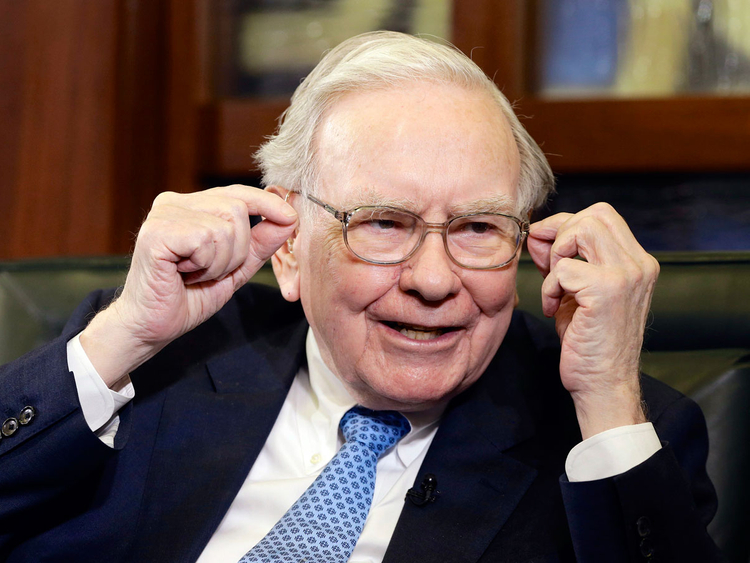 Dubai: Warren Buffett wants to help you buy – or sell – a property in Dubai. Or to be more precise, his company, Berkshire Hathaway HomeServices wants to do it for you.

The UAE has become the fourth overseas market in the brokerage firm’s – one of the biggest in the US – network, with the initial focus being on Dubai, and then extending the services to handle properties in Abu Dhabi as well. It already has a presence in London, Berlin and Milan.

And as it did in those markets, Berkshire Hathaway HomeServices struck a franchise alliance with a local firm, in this case with Gulf Properties. The timing of BHHS’ entry translates into a vote of confidence for the local real estate sector, still passing through a phase where it property values and rentals continue to drop.

But the intent is to look at the longer term prospects Dubai can offer, according to Phil Sheridan, CEO at the newly minted entity. “It will not be about us only trying to get US buyers interested in Dubai or Abu Dhabi,” said Sheridan. “There were 16,000 overseas buyers acquiring property in Dubai between January to June 2018 for $10 billion. There will be more of them and that’s whom we will target”, he added.

“The Berkshire Hathaway HomeServices’ decision should be seen as the extension of a US brand trying to get a foothold in the Middle East.” The US firm itself came into being in 2013 and has since expanded to 1,450 offices in its home territory and around 50,000 advisors.

In the recent past, international property services firms and brokerage houses have been active in Dubai real estate. There’s Sotheby’s, which has handled some of the most high-profile developments here, and Germany’s Engel & Volkers has an alliance with Nakheel. The UK’s Knight Frank has been associated with finding buyers for the super-premium bespoke homes forming part of the Royal Atlantis Resort and Residences project on the Palm.

And just recently, another UK entity bought out the Cluttons’ operations in the Gulf.

“We will represent properties valued at Dh3 million and higher when it comes to listings from individual sellers,” said Sheridan. “The price range will definitely be broader when we are selling on behalf of developers.”

“Yes, Dubai is an “over-brokered” market, and there are far too many around and only serving to confuse buyers. But there is consolidation happening among brokerage firms, and I see the bigger names in the business getting bigger”, he added.

“While the number of agents active in the market could remain the same or go up, the number of brokerage businesses is going down. There is no way that many of them can sustain the cost of running a business.”

Interestingly, broker commissions in Dubai have actually been rising, as developers pad up the incentives to find buyers in an ultra competitive marketplace. Where 2 per cent used to be the standard, it has inched up to 5 per cent and plus for those brokerage firms that can land a buyer at the right price.

Sheridan says that other changes too have happened that will aid the brokerage community… or at least the big names among them. “You had developers set up their own sales teams and trying to scout for buyers,” he said. “That hasn’t been working too well, which is why they have come back to offering brokers more incentives.”

Because developers, whatever be their size or ambition, do not want to be caught out by unsold stock at the time of project completion.

“We will use the practice of exclusive listings, similar to what we see in more developed markets, to provide a streamlined process for clients,” said Ihsan Husein Al Marzouqi, Chairman of Gulf Properties, in a statement. “The process of investing in real estate should not be stressful.”